Finance law for the 2020 management: several advantages for the micro and small business tax system

Following the new legislations pertaining to the creation of business companies in the Republic of Benin, it has been found that tax management is one of the major concerns. The Beninese government has introduced some reforms that reduce the tax rate for micro, small or new businesses. Each year, the legislator strives to provide solutions to the difficulties they encounter.

Since its effective implementation on January 1st, 2016, the reform of the Synthetic Professional Tax (SPT) has been continually improved. Thus, the law N ° 2019-46 of December 27, 2019 on the finance law for the 2020 management brought changes in order to simplify the Beninese tax environment in general and particularly the tax regime of micro, small or new companies operating under the SPT package regime. Among the advantages, we can note:

The exemption from deposit payment on the first year for new businesses.

The article 1084-38 amended by the finance law for 2020 management states in paragraph 3 that: “During the first year of activity, new companies, with the exception of those which, within the framework of their activities, must provide a certificate of their tax situation, are exempt from the payment of deposit”. As result, this provision presents two scenarios:

The first case is about newly created companies which, as part of their activities, request the service from the General Office of Tax (DGI) to obtain, at least once, the tax certificate. These companies are required to pay their full SPT deposit no later than the last day of the month following the month in which they started to practice. This deposit is equal to the amount of the minimum tax stated in article 1084-31 which is 150,000 FCFA.

Secondly, the new business which, in the course of its activities, does not need a certificate of its tax situation, is exempt from the payment of this deposit in the first year. If during the year it expresses the need to obtain a tax certificate, it will have to comply with the first case. The memo of the Minister in charge of finance and that of the Public Procurement Regulatory Authority (ARMP), relating to the simplification of administrative documents within the framework of the execution of public expenditure, refers to the production of the tax certificate to the final stage of the public contract.

In conclusion, this measure has the advantage of exempting newly created companies classified under the flat rate regime, during the first year, from the SPT deposit payment, unless they request a tax certificate. It should be noted that, according to previous legislation, any start-up company had to pay its SPT in full if its estimated turnover is between 0 and 50 million CFA francs. This SPT was obtained by applying to the forecast turnover declared either the calculation scale for micro enterprises, or the rate of 2% for small enterprises.

The deposit limit for all businesses subject to the SPT

Within the reforms, the government regulated the deposit payment for micro and small businesses under the SPT regime. Indeed, according to the provisions stated in paragraph 1 of the article 1084-38, all companies subject to the Synthetic Professional Tax (SPT) must pay a deposit equal to the amount of the minimum tax, no later than January 31 of the year. For a micro enterprise, this deposit is equal to 10,000 FCFA. If it is a small business, it is equal to 150,000 FCFA. Legal entities, liberal professions, pharmacies, micro businesses requiring a tax certificate pay the deposit of 150,000 CFA in accordance with article 1084-20.

Therefore the turnover is no longer a basis for calculating the SPT deposit. But it is only useful for final liquidation no later than April 30 when taking out the declaration for possible payment of the balance. This measure aims to protect the cash-flow of these companies from tax credit situations.

In short, all these reforms lighten the tax regime for micro and small businesses by reducing their declaration fee and other payments. They are in line with memo No. 154 / MEF / DC / SGM / DGI / CSC relating to the simplification of the procedure for declaration of existence.

The declaration of existence is permanently abolished. This measure is in line with the logic of the Minister in charge of finance (Memo No. 154 / MEF / DC / SGM / DGI / CSC February 1, 2019). All information about the new company is only communicated during the creation procedures at the Unique Office for formalization of companies (GUFE) of the Agency for the Promotion of Investments and Exports (APIEx).

The implications of this measure, at the level of the tax administration, can be summarized in three points:

With these various reforms, the tax system for micro and small businesses has many improvements.

Thanks to the LMS Business Unit, we are able to support all local and foreign businessmen in setting up their company in the Republic of Benin.

To this end, we have prepared a guide that can be accessed here: Company Incorporation Guide – BENIN

For any additional request, please write to us at info@lmsgroupafrica.com or via Whatsapp 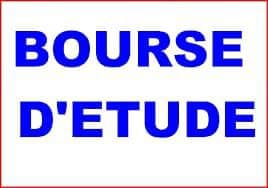